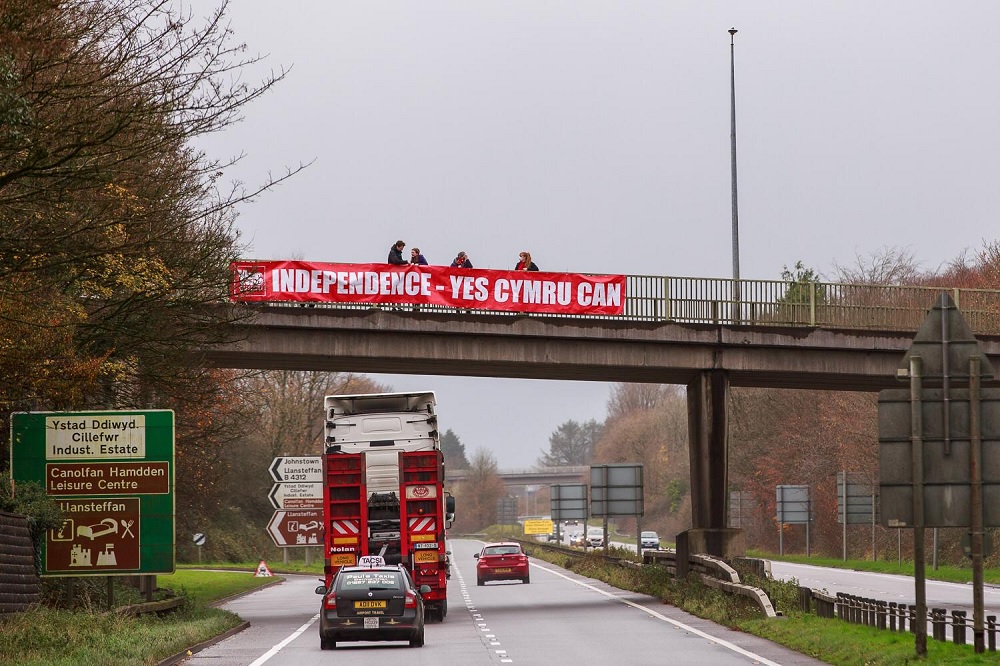 When the UK government announced yesterday that £ 160million would be spent to develop wind farms off the coasts of Wales and Scotland, the official reason given was that both countries had ‘deep waters’.

It wasn’t really a good reason to choose Wales and Scotland for investments – there is also deep water all around the coast of England.

The real reason was explained to Telegraph in this morning’s newspaper which revealed that the aim was to ‘help make the Union stronger’, with the waters off Wales and Scotland ‘benchmarks’ for this reason.

In other words, the squeaky wheel gets the most oil. And Wales ‘growing independence movement has made Wales’ wheels squeal louder than ever.

The Wales independence movement has become a very effective tool in removing tens of millions from the treasury coffers.

But the British government now has a clear tactic to save the Union. Spend big spoonfuls of money in Wales and Scotland and put a Union Jack on completed projects.

In the aftermath of Scotland’s first independence referendum, former Welsh Prime Minister Rhodri Morgan called for Wales to be rewarded because “the country has not put the whole of the UK to the test. fire by referendum or civil war ”as Scotland had done.

But politics doesn’t work that way. Docile Wales got nothing. It was Scotland, the disobedient member of the UK, that was then showered with attention.

Wales has now learned this lesson. Threaten to leave and you will get better treatment. Best advice for Yorkshire who just had their HS2 leg canceled – get yourself a separatist move.

However, the UK government‘s new willingness to pay Wales money does not of course mean that the tactic will work as a way to save the Union.

The best comparator here would be the EU, which spent some £ 800million on Wales in the last decade of membership but was ultimately rejected at the ballot box.

EU flags adorned buildings and circled around Wales and yet people mostly seemed oblivious to where the money was coming from – or didn’t care.

The hundreds of millions spent by the UK government on new floating offshore wind farms in Wales are unlikely to have any impact either. And not just because the average voter won’t even know he’s there.

Another good example was the announcement of the leveling fund as part of the budget during the week. Funding of £ 121million will go to 10 specific programs in Wales under this fund.

The UK government had started a huge political row with the Welsh government just so they could be seen as the ones giving this money to Wales.

And why? An aqueduct restored here, a new path dug there, some work on a canal. Big numbers in a press release, but it will have a very small, measurable impact on the lives of very few people.

The reality is that people would rather have the opportunity to generate their own economic value rather than just getting big individual checks and asking them to be thankful.

Real leveling will involve investing in the fundamentals that are holding back the Welsh economy, including terrible transport infrastructure – such as rail, where Wales has been underfunded for 10 years to the tune of £ 500million sterling.

The announcement of big, multi-million pound projects won’t mean much unless Westminster corrects the fundamental economic inequality between different parts of the UK.

Perhaps the irony is that despite the triumph of their own referendum on EU independence, the Brexiteers may never have understood why the EU has failed to connect with the British people.

If it was enough to devote hundreds of millions to individual projects, Wales would never have voted.