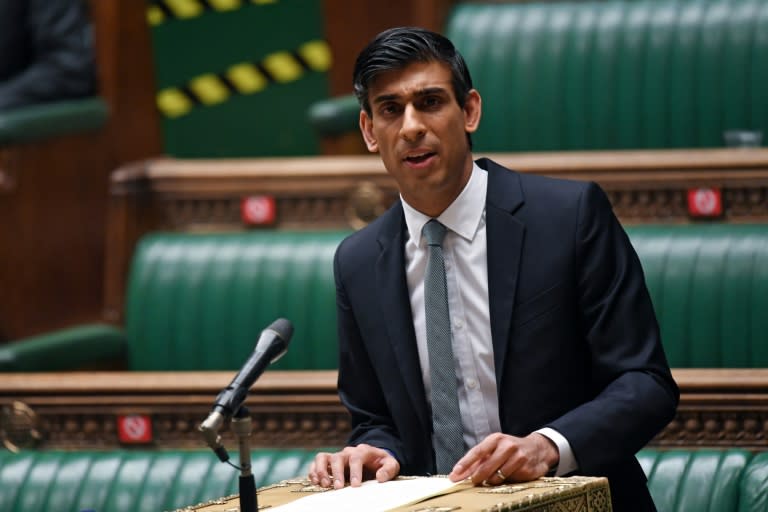 Finance Minister Rishi Sunak presents his tax and spending plans to Parliament around 11:30 a.m. GMT, grappling not only with the pandemic but with issues related to Brexit.

“Today’s budget begins the work of preparing for a new post-Covid economy,” he should say, according to excerpts from his speech released by the finance ministry.

On the eve of the budget, the government revealed its intention to raise minimum wage rates and end the freeze on wage increases for public sector workers.

But the rise in wages is expected to be offset by rising inflation, which is reducing the purchasing power of Britons, especially as energy bills skyrocket as the UK reopens for business after closures.

Another blow came from the government which reduced welfare benefits to pre-pandemic levels after a temporary hike to help families get through the virus outbreak.

UK unemployment is set to soar in the coming months after the government ended its costly leave program, which paid the bulk of the wages of millions of private sector workers during the pandemic.

Government borrowing soared to around 320 billion pounds sterling ($ 442 billion, 381 billion euros) in the fiscal year ended in March, pushed up by costly support from Covid.

This was equivalent to 14.9% of gross domestic product, the highest level in the UK since the end of World War II.

Sunak will have been reassured by recent news that government borrowing fell more than expected in September, aided by falling Covid-related spending and rising tax revenues as the economy slowly recovers.

At the same time, the outlook for debt remains clouded by the prospect of higher interest payments.

While deficit reduction is a priority for Sunak, the Chancellor also wants to stimulate the recovery with big spending plans.

The government will also inject an additional £ 6.0bn into its National Health Service, which is struggling to treat all patients as virus cases rise again.

The sport is ready for largesse, with UK offers to host the 2025 Women’s Rugby World Cup and the 2026 Tour de France Grand Départ to share £ 30million in funding.

An additional £ 11million is due for the UK-Ireland bid to host the 2030 Men’s Football World Cup.

The media suggest Sunak could cut taxes on bank profits, strengthening London’s “City” financial district which has been criticized by the fallout from Brexit.

It could also include more environmentally friendly measures ahead of the UN COP26 climate summit which will start next week in Glasgow.

In its last budget in March, Sunak unveiled plans to increase the corporate income tax to 25% from 19, starting in 2023.

And the Conservative government recently broke a campaign promise by announcing a tax hike to address a social services crisis.

The government said the increase brought Britain in line with France, Germany and Japan, all of which have increased social insurance contributions to help care for aging populations.