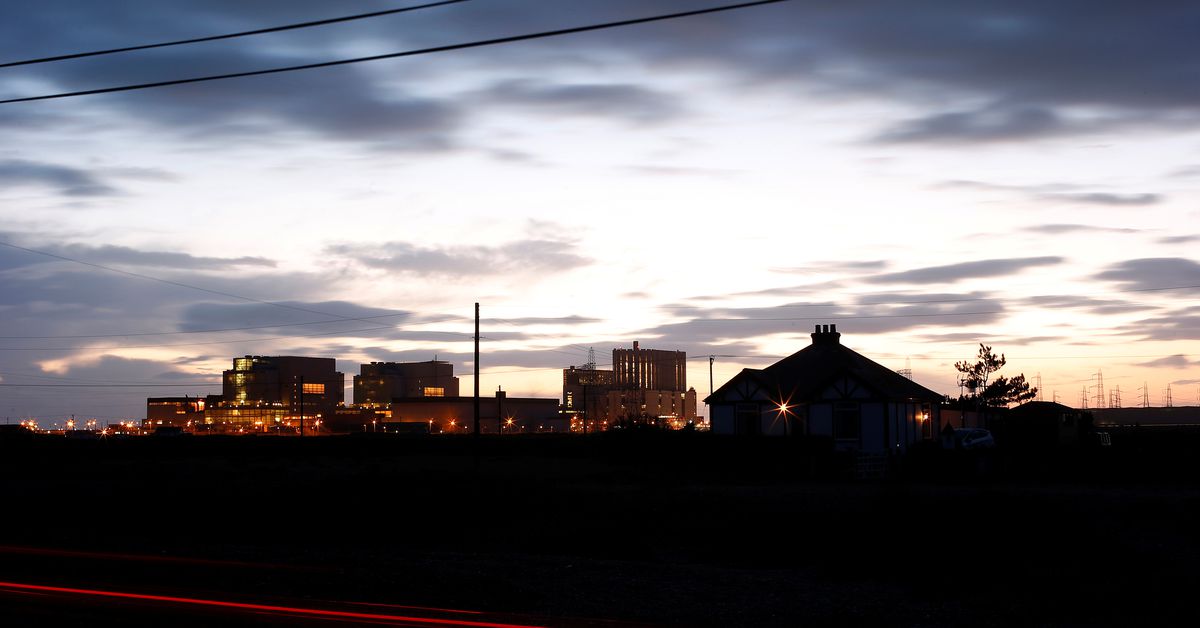 LONDON, Sept. 25 (Reuters) – Britain is reaching a deal that would remove Chinese nuclear power company China General Nuclear Power Group (CGN) from any involvement in building a new power plant, a the Guardian reported on Saturday.

The newspaper said Britain was looking to take a stake in the £ 20bn ($ 27.4bn) project to build the Sizewell C nuclear power plant in Suffolk, eastern England. , alongside France EDF (EDF.PA).

This would result in CGN, which currently owns a 20% stake in Sizewell, withdrawing from the project, he said, adding that the plans could be announced as early as next month. CGN and EDF declined to comment, the Guardian said.

“Nuclear power has a key role to play as we strive to reduce our dependence on fossil fuels and our exposure to volatile global gas prices,” a UK government spokesperson said in response to the report. newspaper.

“CGN is currently a shareholder in Sizewell C until the government’s final investment decision. Negotiations are ongoing and no final decision has been made.”

In July, the Financial Times reported that Britain was looking for ways to pull CGN out of all future new power projects. Read more

EDF in June called on the UK government to provide the necessary legislation to underpin the project, saying it is now essential. Read more .

The London Times newspaper on Friday said Britain was in talks with US nuclear reactor company Westinghouse over building a new atomic power station in Anglesey, Wales, as the government seeks to reduce the dependence on fossil fuels and exposure to volatile gas prices. Read more