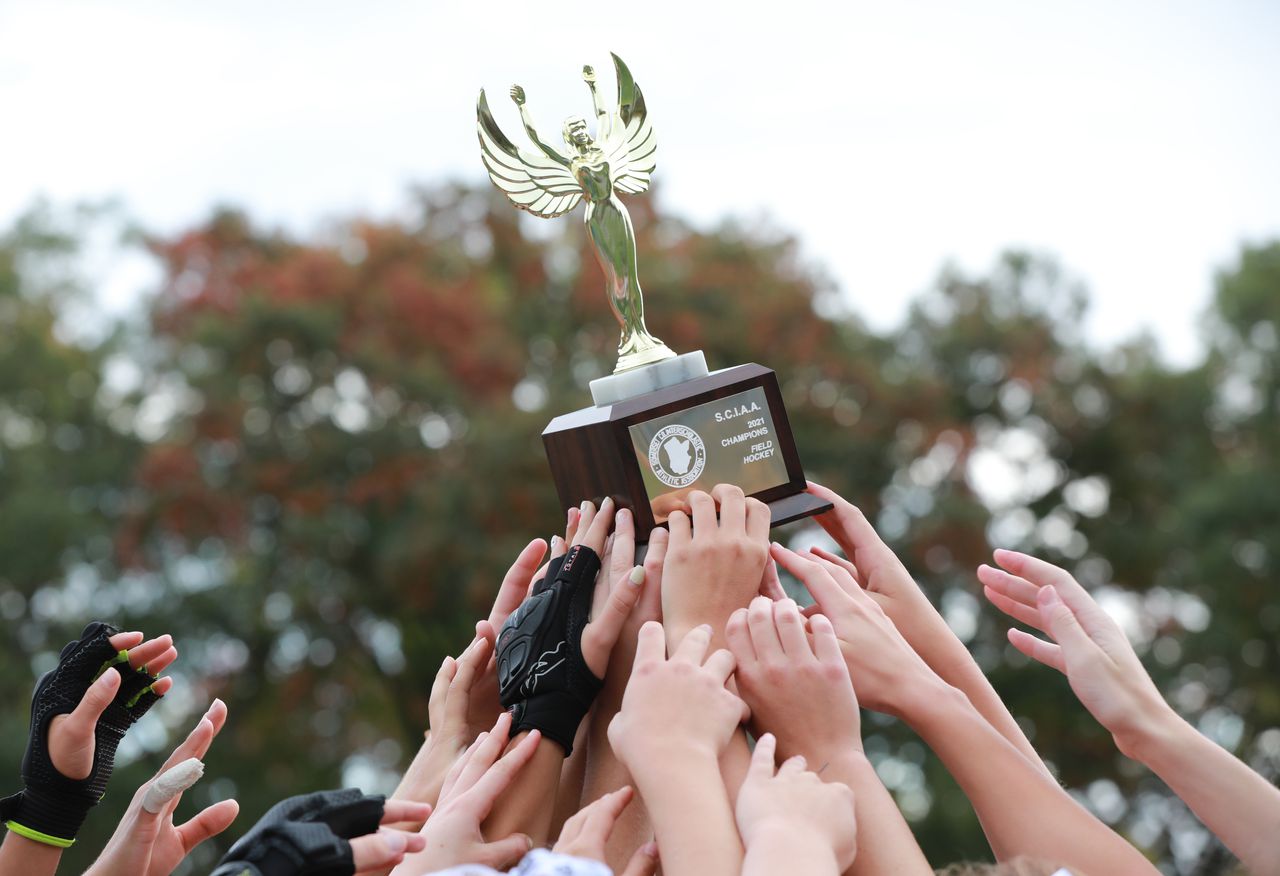 When the Ridge field hockey team fell 1-0 down in the second quarter, they didn’t panic. It took two minutes to equalize the score.

The team didn’t lower their heads when they failed to bury one of the three golden looks they had in the third quarter. Ridge adjusted and scored three goals in record time.

Ridge has prepared all year for tough times late in the season. This preparation paid off with a county title.

Pierced for a trio of goals in the fourth quarter, Ridge, the number one seed, also ranked 15th in the NJ.com Top 20, beat third-seeded Bridgewater-Raritan 4-1 in the Somerset County Tournament Final Saturday at Watchung.

Beating Bridgewater-Raritan (11-7) only made things sweeter for Ridge after the Panthers knocked out the Red Devils in the semifinals of Somerset County’s last tournament, in 2019.

“Two years ago… Bridgewater knocked us out in the semifinals, so it certainly made more sense to that than your standard county final, I think,” said Clark. “These girls are part of a legacy that will live on in Ridge forever. It’s kind of a resurgence of Ridge field hockey (to what) it was in the late ’90s. We’re coming back, and it’s because of their hard work from when they were (kids). ”

Samantha Biondi gave the Panthers a 1-0 lead scoring a goal from a 9:15 penalty in the second quarter. For the first time in all three Ridge County games, the Red Devils were lagging behind. But mentally, the team had been there before.

“Whenever we lead 2-0 we always act like there are two downs, which gives us more motivation to play better,” said Sana Halthore. “We always act like we’re more downcast, but as soon as Julie scores we were like, ‘Okay, we can start over. “”

Narleski tied the game 1-1 at 7:05 of the second quarter, with his shot bouncing off a defender in the net.

Goalkeeper Rebecca Johnson preserved the tie with a plunging save on Biondi’s penalty two minutes after Narleski’s first score.

“It got us back in the game,” Narleski said. “It could have been a total change of momentum. We are so proud of (Johnson). She plays wonderfully, and she stood out for us, especially at that time.

The Ridge offense started to find a rhythm in the third quarter, but has yet to find the finishing touches. Halthore and Catalina Pravda bonded twice on exceptional passes, but neither player touched the net on the shot. Narleski also had a good gait of a wide sail.

The Red Devils have rehearsed these kinds of plays often throughout the year and weren’t discouraged when their shots didn’t fall.

“Almost every practice that we work on is shooting and that specific game to go into the circle and finish,” Narleski said. “So we just had to channel that and tell each other to keep trying, to keep working for each other.”

Ridge continued to find similar opportunities in the fourth quarter and eventually capitalized. Narleski took a shot on goal and buried his own rebound from a penalty corner at 13:17. Less than two minutes later, Halthore threw a pass from the baseline to the net that deflected into the net. And immediately after Bridgewater-Raritan made a goalie change around the six-minute mark, Kiera Ligozio scored on Ally Denechaud’s long cross pass.

Between the third and fourth quarters, “I told them to take their time,” Clark said. “May the crossed bullets come and we are wide open. So we just have to settle the ball and finish it, because we have a lot of time and space. I think they were just rushing their shot. The ball was coming in, and they were trying to score a shot once that they had plenty of time to settle and place, and I think we did a lot better. It’s something we’ve been working on all year, just attacking that right side, and they performed it really well in the second half.

Bridgewater-Raritan coach Lydia Pinto said she believed her team were caught falling into an area defense approach when the job required man-to-man coverage.

“We… defensively we were just caught looking at the ball and we were scoring a space rather than being responsible for a girl and a man scoring and refusing the ball,” Pinto said.

However, Pinto said she was happy to see her team reach this stage of the tournament. The Panthers vindicated Pinto’s belief that her team should have been second seed when they beat second seed Mount St. Mary 3-2 in the semifinals.

“A lot of the coaches didn’t even think we would have even been here,” said Pinto. “At the county ranking meeting, I was outvoted. I argued the three seeds against the two, and I lost the argument and was outvoted six to five, and here we are. So I think my team has proven a lot. And in fact, they take advantage of it when they see the other teams think we shouldn’t be here. So I’m proud of my team, and now with the state tournament, we might see them again. “

Both teams will compete in the NJSIAA North Jersey, Group 4 tournament over the coming week. Ridge, the third seed, will face 14th seed Hunterdon Central on Thursday. Seventh-seeded Bridgewater-Raritan faces tenth-seeded Monroe on the same day.

Get the HS sports bulletin here.

The NJ High School Sports newsletter now appears in mailboxes 5 days a week. Sign up now and be the first to get all the boys and girls sports you care about, straight to your inbox every day of the week. To add your name, Click here.