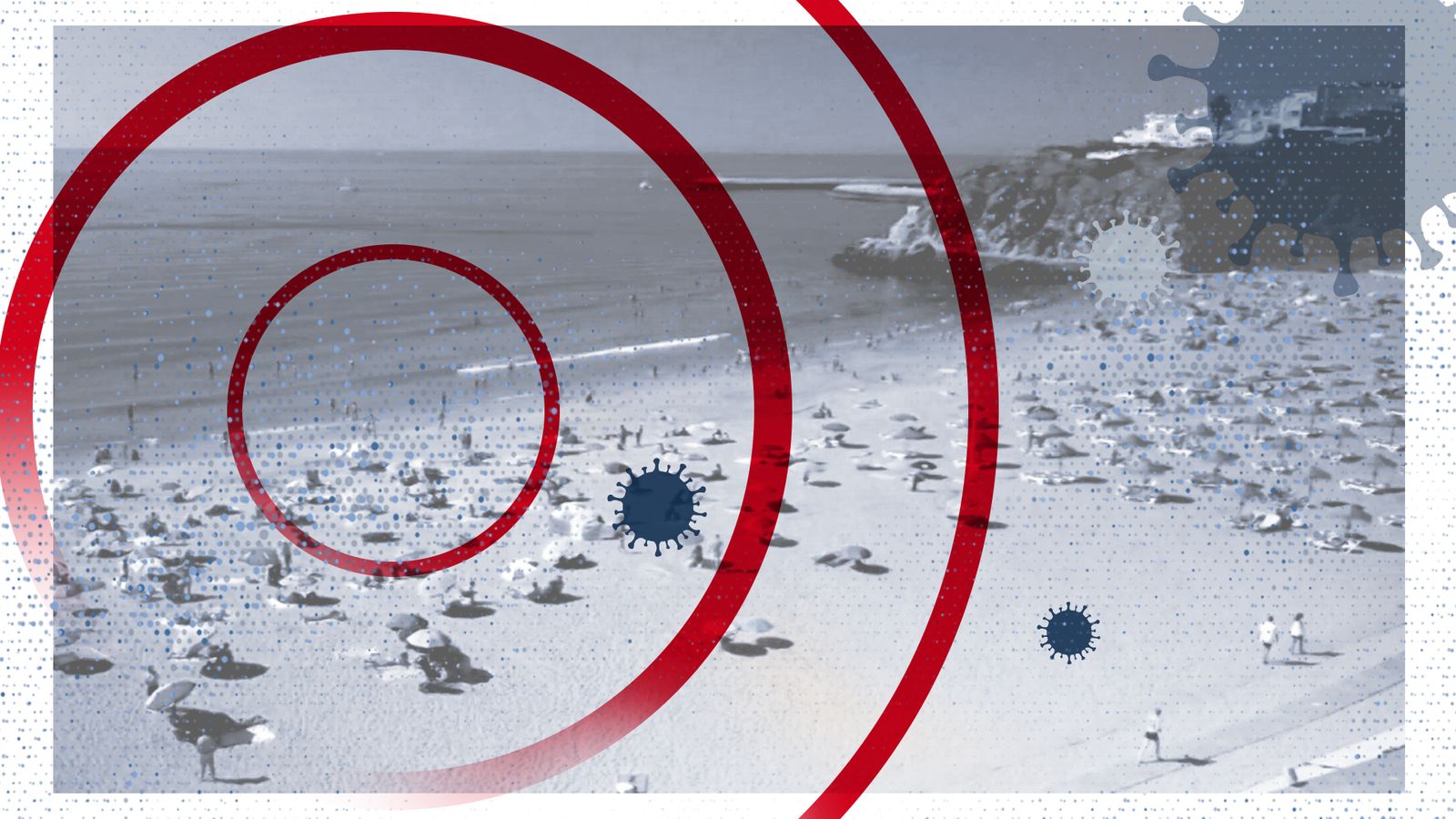 The holidays were made a little cheaper just in time for the midterm, as PCR testing was scrapped for fully vaccinated passengers arriving in England.

This is the latest change to the UK government’s travel rules, aimed at making travel easier and more accessible.

The latest change is for testing and relates to recent changes to the traffic light system.

The old traffic light system of the red, yellow and green countries has been replaced by a simple red list and a “rest of the world category”.

Fully vaccinated people will not need to take a pre-departure test before returning to England from anywhere in the “rest of the world” category.

From October 24, the PCR test carried out on the second day after arrival is replaced by a cheaper lateral flow.

Grant Shapps said of the changes: “With midterm and winter sun right around the corner, we’re making it easier for families and loved ones to reunite, drastically reducing the number of redlisted destinations, by part thanks to the increased vaccination efforts around the world. “

The transport secretary added that they were intended to “restore people’s confidence” and “rebuild our economy”.

Monday, October 11 at 4 a.m., only seven countries remained on the red list. They are:

Residents who are fully vaccinated no longer need to take a pre-departure lateral flow test before returning to England from a country not on the Red List.

They will still need to take a lateral flow test, purchased from one of the private vendors listed on the gov.uk website, on the second day of their return.

The government has confirmed that people will be able to take photos of their negative lateral flow results and booking reference to prove that they have not contracted COVID.

Health Secretary Sajid Javid previously told Sky’s Trevor Phillips on Sunday: “The cost that this generates for families, especially families who are just trying to get out and go on vacation, you know we shouldn’t. not keep something like that in place for a second longer than is absolutely necessary. “

Those who are not vaccinated should still have a pre-departure test before returning to England and should still purchase a PCR for their second day test.

A 10-day home quarantine is also always mandatory for unvaccinated people, regardless of their origin.

They can pay for a PCR test on the fifth day if they want to end their quarantine early as part of the government’s Test to Release program.

From October 11, the government increased the number of countries whose vaccination programs it recognizes.

This means they won’t have to quarantine themselves or take a day 5 PCR test – just a day 2 test.

What happens if you return from a Red List country?

Anyone returning from a Red List country still has to pay £ 2,285 to self-quarantine for 11 nights in a government-approved hotel.

What happens if a traveler tests positive upon their return to the UK?

Anyone who tests positive should self-isolate and take a free confirmatory PCR test.

This would then be genomically sequenced to help identify new variants.

Will the new rules apply to the whole of the UK?

Travel changes only apply to England.

Wales have announced plans to make the same changes from October 31, while Scotland and Northern Ireland have said they may do so at a later date.

Scottish Prime Minister Nicola Sturgeon said on September 28 that she would make the changes “with some reluctance”, but added: “We have also looked at the practical consequences of not having an aligned position.

“In particular, we have to be realistic that people living in Scotland might decide to come back here via airports based in England, if different rules are in place for Scottish airports.

“The result of this would be a disadvantage to our aviation and travel industry, but without any significant public health benefit.”

Are the rules the same for leaving the UK and coming back from other countries?

The rules only apply to those returning to the UK.

Towards the end of October, passengers who change international flights or trains during their trip will be able to track metrics associated with the country of origin, rather than the countries they have passed through on their journey.

However, a date for this has yet to be confirmed.

Passengers should continue to consult GOV.UK travel advice to stay up to date with UK entry requirements here.