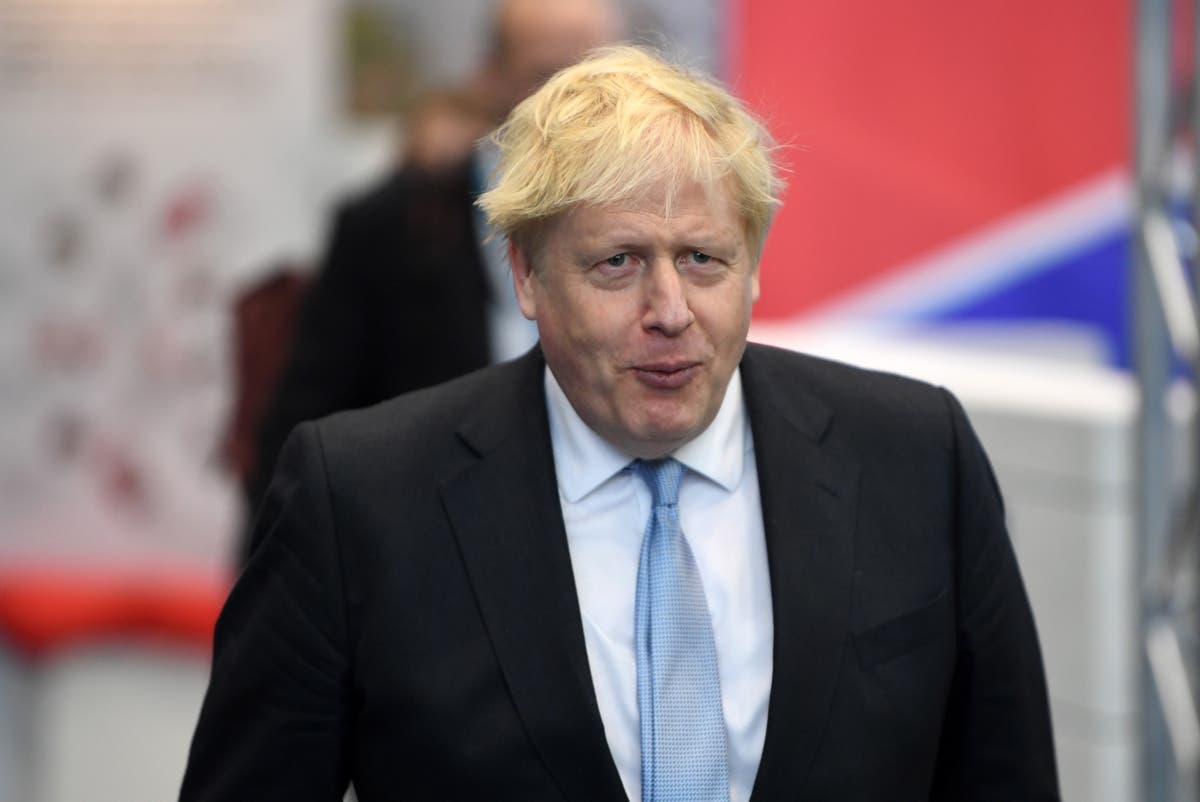 Boris Johnson says there is ‘no alternative’ to inflation

In a series of televised interviews on Tuesday, Boris Johnson said there was “no alternative” to wage-fueled inflation – and allayed concerns that the increase in driver wages. heavy goods vehicles would increase prices in stores.

The Prime Minister’s comments came amid warnings of 1970s-style inflation triggered by the reduction of EU workers due to Covid and the removal of free movement rights for EU nationals to after Brexit. Inflation is currently 3 percent and is expected to soar.

However, Mr Johnson argues that in the aftermath of Brexit the UK is going through a ‘transition’ from a low-wage, low-productivity economy relying on cheap foreign labor to a low-wage model. higher wage and higher productivity in which companies are forced to improve the remuneration of local workers and invest in innovation and skills.

Sajid Javid delivers his first speech at the party conference as Health Secretary. He is expected to discuss the UK’s continued recovery from the Covid pandemic, including how the NHS is dealing with increased pressure.

Earlier, Priti Patel used her speech to announce a wave of new measures, including that there will be an “independent” investigation into how Sarah Everard’s killer may have served as a police officer.

Sajid Javid said health and social care “starts at home” and people should seek help from their families before the state.

Speaking at the Conservative Conference, the Health Secretary said: “The state was more needed in this pandemic than at any time in peacetime. But the government should not take all the risks and responsibilities in life.

“As citizens, we also have to take some responsibility for our health.

“We shouldn’t always go to the state first. What kind of society would that be?

“Health – and social care – starts at home. The family first, then the community, then the state.

“If you need support, we live in a compassionate developed country that can afford to help. There are few calls higher than looking after another person.

Health Secretary Sajid Javid started his speech in Manchester with an opening joke about how his mother always wanted him to be a GP, but instead just became a Health Secretary.

He then summarized his job, and his vision, in three words: “Covid, recovery, reform”.

Javid to deliver speech at 4 p.m. – after saying NHS can deal with post-Covid stress

Health Secretary Sajid Javid will deliver the final opening speech of the day at the Conservatives’ conference in Manchester.

Due to speak around 4 p.m. Mr Javid is expected to discuss the UK’s continued recovery from the Covid pandemic, including how the NHS is dealing with increased pressure.

In an interview with The Guardian, published in the early hours of Tuesday, he insisted that health services could deal with post-pandemic stress as he urged people stranded on waiting lists not to opt for private care. However, he did not give a date when the queue could be relaxed.

“It’s always a choice for people who can afford it, and it’s up to them to decide. But it’s definitely not something I would recommend to anyone, ”Mr. Javid said. “I don’t want a situation where too many people stop [using the health service] … because I want them to use the NHS. The NHS can handle it.

His comments came after Shadow Health Secretary Jon Ashworth told the Labor Party conference last week that the pandemic was not the only reason for pressure on the NHS.

“” No one is claiming the NHS has not been affected by 18 months of Covid. But let’s not pretend that before Covid the NHS was not affected by 10 years of Tories, ”he said in Brighton.

In pictures: third day of the conservative conference

In an email sent by the organization to solicit donations for its works, Safe Passage said:

Priti Patel just spoke at the Conservative Party conference. She was clear:

“What is happening in the English Channel with small boats is dangerous, unfair and unacceptable.”

“We agree with her, it’s unacceptable. No one should have to risk their life for safety. But his actions only make things worse, not improve them.

“This government has closed the only safe routes for refugee children who wish to reunite with their families, forcing them to risk their lives crossing the Channel. At the same time, instead of offering them new routes, they have a new plan to cruelly punish those seeking safety in the UK.

“We have to fight against this. “

Opinion: “Patel fell hard in the eyes of staunch conservatives”

“Priti Patel holds a special place in the demonology of anti-conservative Britain. She’s supposed to be particularly right-wing, mainly because she supported the death penalty when she was selected as a Conservative candidate for Witham in Essex in 2006. And she’s supposed to be hugely popular with grassroots Conservative members. across the country, and therefore a good indicator of what a terrible party she represents.

“Most of these things are dead wrong. Conservative Home’s pre-conference poll of Conservative Members, which all ministers study with greed and jealousy, found that its net satisfaction rate was only 11%. Only Grant Shapps, the transport secretary, with 3 percent, is less popular than she among party members.

“The cause of Patel’s decline is not hard to guess. She has now devoted a large part of the second half of her speech to immigration and asylum. But Conservative representatives who liked what she had to say at the start of her speech on eliminating ‘these criminals’ as she described the Isulate Britain protesters off our highways have noted that she still had no solution to the problem of small boats crossing the Channel.

High volumes of cheap EU pork imports are flooding the UK market and undermining UK farmers just as the industry faces an unprecedented labor crisis, a leading supplier has said.

A chronic shortage of butchers has caused a massive backlog of pigs on farms, and now low prices for British produce have left some farmers facing imminent bankruptcy, reports Holly Bancroft.

The news comes as hundreds of pigs are slaughtered on UK farms due to a lack of workers to process them for sale.

Wallace decides if troops on mission in Kabul will receive medals

News from the defense secretary now. Ben Wallace said he was considering awarding medals to troops involved in the withdrawal and evacuation from Afghanistan – codenamed Operating Pitting.

Mr Wallace said he was considering whether the performance of the British Army warrants “medal recognition specifically”.

Speaking at a Policy Exchange side event at the Conservative Party’s conference, he said the armed forces have shown they can operate in a “very stressful environment” as they preside over the evacuation of British nationals and Afghans who had supported the UK’s efforts there.

“We will reflect on whether there is medal recognition specifically for this,” he explained.

Mr Wallace said all medals should “reflect the modern world” in that “the UK is doing much more than in the past” on such operations.

He added, “We often say that the brave are sometimes less advanced, restrained, so how do we recognize all these people who contribute to that? It is an ongoing debate, but we will examine it.