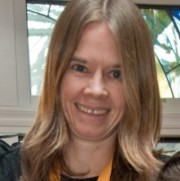 A regional editor seeks up to two new editors as a current CIO prepares to leave the company.

Archant has launched a search for a group editor or two senior editors in the South West of England.

The research comes after the company confirmed that Vicky Angear, who publishes the Weston Mercury and the North Somerset Times, will be leaving the company.

Vicky, pictured, had helmed both titles since last February and worked for Archant for 14 years.

Positions are currently posted on HTFP, and the successful candidate (s) will report to Group Editor Michael Adkins.

In addition to The Mercury and The Times in Somerset, the titles of Devon, the Sidmouth Herald, the Midweek Herald and the Exmouth Journal, fall under the West Country portfolio of Enchant.

The latest move follows a few hectic months for Archant in the region.

Since then, the company has launched and then sold Torbay Weekly, now owned by Clear Sky Publishing, a company run by former Archant executive chairman Simon Bax, as well as the North Devon Gazette and Exeter Life magazine.

What the Newspaper Say – September 6

Open days to be held as part of the City of...